Is Portugal the best European residency and citizenship option ? 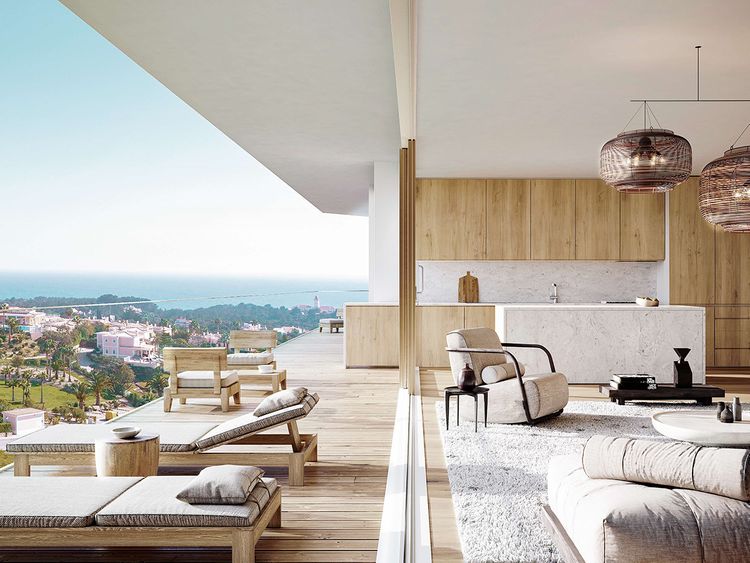 It is one of the oldest countries in Europe, with a capital that is four centuries older than Rome. Its language, heavily influenced by Arabic, is spoken by more than 236 million people in nine countries. This is Portugal, a beautiful land steeped in culture, where you will find the latest in technology seamlessly coexist with the oldest in history; where almost every Portuguese person speaks fluent English. Add to that, it is the third-safest country in the world, according to the 2020 Global Peace Index.

Predictably, Portugal has flourished not only as a tourist destination but also as a country worth investing in or even relocating to. Investing in a European country may sound odd in the time of the pandemic, especially given that Europe is one of the most affected regions. However, it remains a powerhouse of global trade, finance, tourism and culture. Moreover, Portugal has fared much better on the Covid front — as of November 11, the country had reported 187,000 Covid cases, with 3,021 deaths. Compare that to neighbouring Spain’s almost one million cases and more than 42,000 deaths.

Besides, there is general consensus that Portugal will bounce out of the Covid crisis faster and stronger than many other advanced economies. One of the reasons for this optimism is that Portugal has nurtured the twin engines that make it an enticing investment migration hotspot — the Golden Visa (GV) and the Non-Habitual Residence (NHR) programmes. GV is targeted at non-EU residents and citizens, while NHR has been designed for those earning retirement or passive incomes.

Unlike other European Union citizenship options — for example, Malta or now closed Cyprus, which necessitates an expenditure of €1 million-2.5 million — Portugal’s GV programme can be accessed by investing €500,000 (Dh2.1 billion) in its mature real estate market, or €350,000 if the property is over 30 years old and renovated. Additionally, a 20 per cent reduction is granted if the property is in low-density areas, bringing the cost down to just €280,000.

Moreover, the Portugal government recently allowed birthright citizenship to children born to parents who have held the Golden Visa for at least a year, increasing its appeal to people looking for second citizenship. Similarly, NHR is designed to attract high-net-worth individuals who are seeking a safe, tax-friendly country to relocate to in Europe, and Portugal offers just that. When such individuals arrive in a country, they inevitably lift property prices and stimulate the economy, as they come with capital and expertise in tow.

However, potential investors may have a limited window of opportunity and need to act fast. Savory explains that, in general, citizenship by investment (CBI) and residency by investment (RBI) programmes regularly evolve and regulations, economic needs, public sentiments all influence the availability of such programmes. His firm has been proactively encouraging investors to submit their applications soon to avail of the best opportunities, with vaccine optimism kickstarting pent-up demand for Golden Visa properties again.

Jose Covas, the President of the Portugal chapter of the Royal Institute of Chartered Surveyors (RICS) — which is the globally recognised body for international standards in real estate valuation — agrees that in residential real estate, currently there exists great opportunities due to distressed sales and the inherent growth of the rental market. It is also expected that the European Union funds received by Portugal will, in part, be channelled towards improving the infrastructure and public transport networks. “The latter will accelerate the residential market in some areas close to major cities, in particular Lisbon,” explains Covas, noting that yields in Portugal, especially in Lisbon, are above other European capitals.

“The lower tickets of €280,000 can also offer interesting returns to investors in areas with tourist potential,” he says. As the US dollar weakens, it would be a prudent step to diversify into one of the other main currencies, like the euro. Even more so if your core business currency is pegged to the US dollar.

The Covid-19 pandemic has highlighted the importance of having a plan B country as a second residency or citizenship by investment. And Portugal, especially Lisbon, is likely to be on top of the list of those options. Recent analysis by property specialists Knight Frank identified Lisbon as one of the only four major prime residential markets expected to see growth in 2020. Forbes too recently listed Portugal as one of the top three countries to live in after the pandemic. The magazine noted that with a stable political and social environment, a secure society, a highly skilled and English-fluent labour force and an excellent quality of life, ‘Portugal is Europe’s best-kept secret’.

This website uses cookies to improve your experience while you navigate through the website. Out of these, the cookies that are categorized as necessary are stored on your browser as they are essential for the working of basic functionalities of the website. We also use third-party cookies that help us analyze and understand how you use this website. These cookies will be stored in your browser only with your consent. You also have the option to opt-out of these cookies. But opting out of some of these cookies may affect your browsing experience.
Necessary Toujours activé
Necessary cookies are absolutely essential for the website to function properly. This category only includes cookies that ensures basic functionalities and security features of the website. These cookies do not store any personal information.
Non-necessary
Any cookies that may not be particularly necessary for the website to function and is used specifically to collect user personal data via analytics, ads, other embedded contents are termed as non-necessary cookies. It is mandatory to procure user consent prior to running these cookies on your website.
Enregistrer & accepter